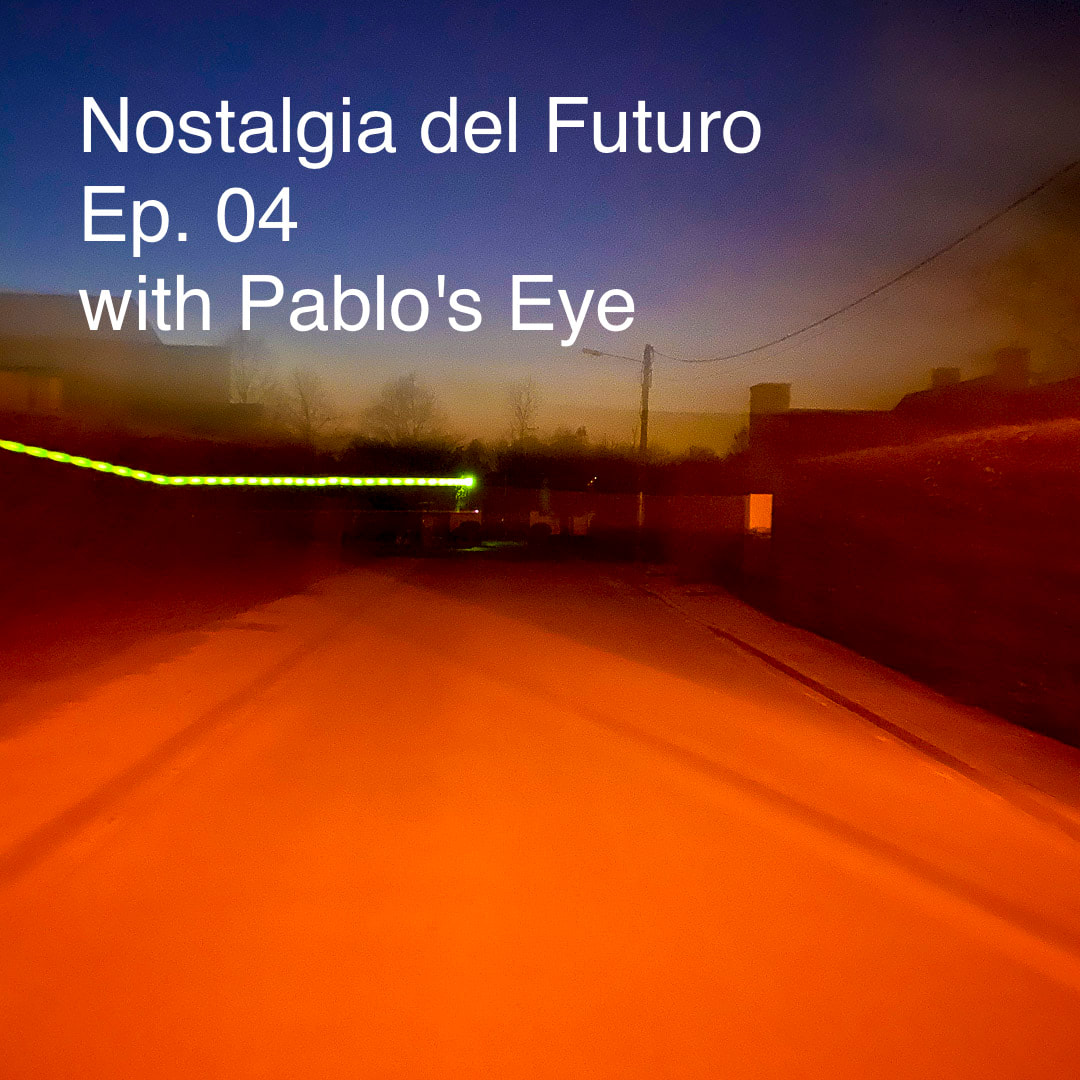 02 APRIL 2020:  Join us today 02.04.20 on WWW.MONDONERO.ORG from 11:00am to 12:00pm CET. Pablo’s Eye are curating the 4th Episode of NOSTALGIA DEL FUTURO - Luca Bigote’s monthly show on Mondonero Radio in Milan.
The show will be archived up on SoundCloud: https://soundcloud.com/iambigote/sets/nostalgia-del-futuro. 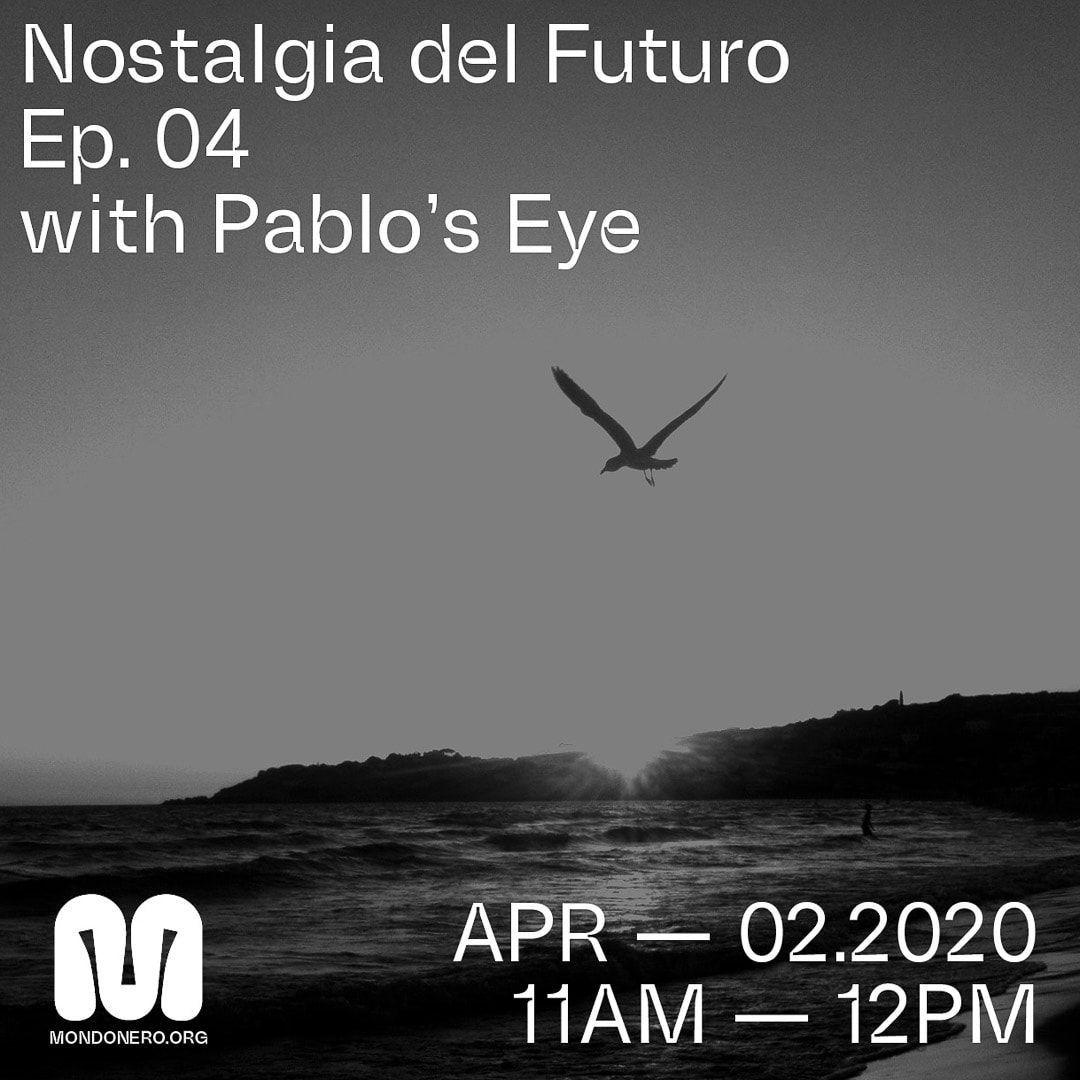 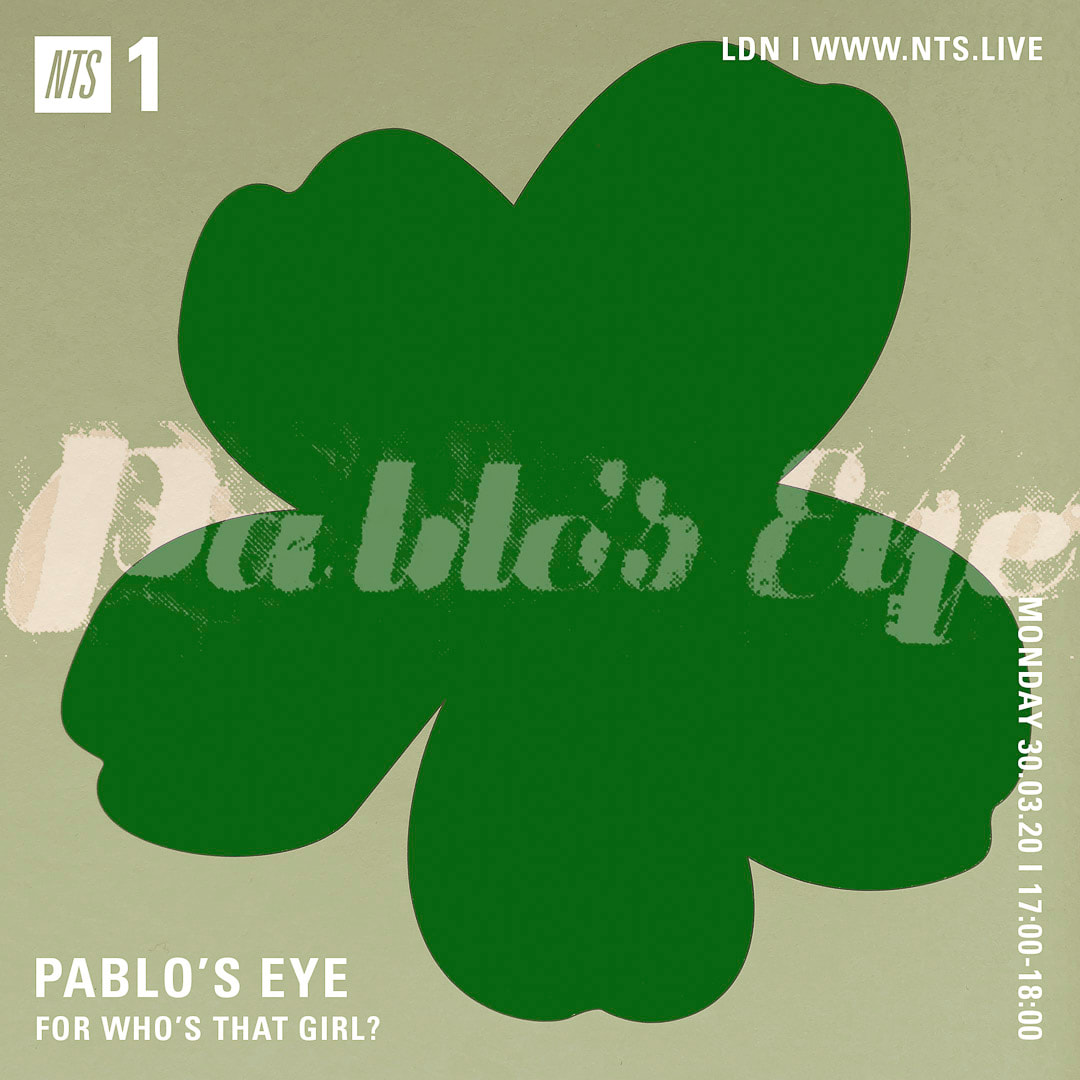 ▶️  OBLIQUE STRATEGIES  ⠀⠀⠀⠀⠀⠀⠀⠀⠀⠀⠀⠀
5 cards were pulled out with an innocent hand from an Oblique Strategies set of cards by Brian Eno and Peter Schmidt: GARDENING, NOT ARCHITECTURE - WOULD ANYBODY WANT IT? - USE FILTERS - ACCRETION - THE MOST IMPORTANT THING IS THE THING MOST EASILY FORGOTTEN

The show is archived up on: https://www.mixcloud.com/NTSRadio/whos-that-girl-30th-march-2020/ 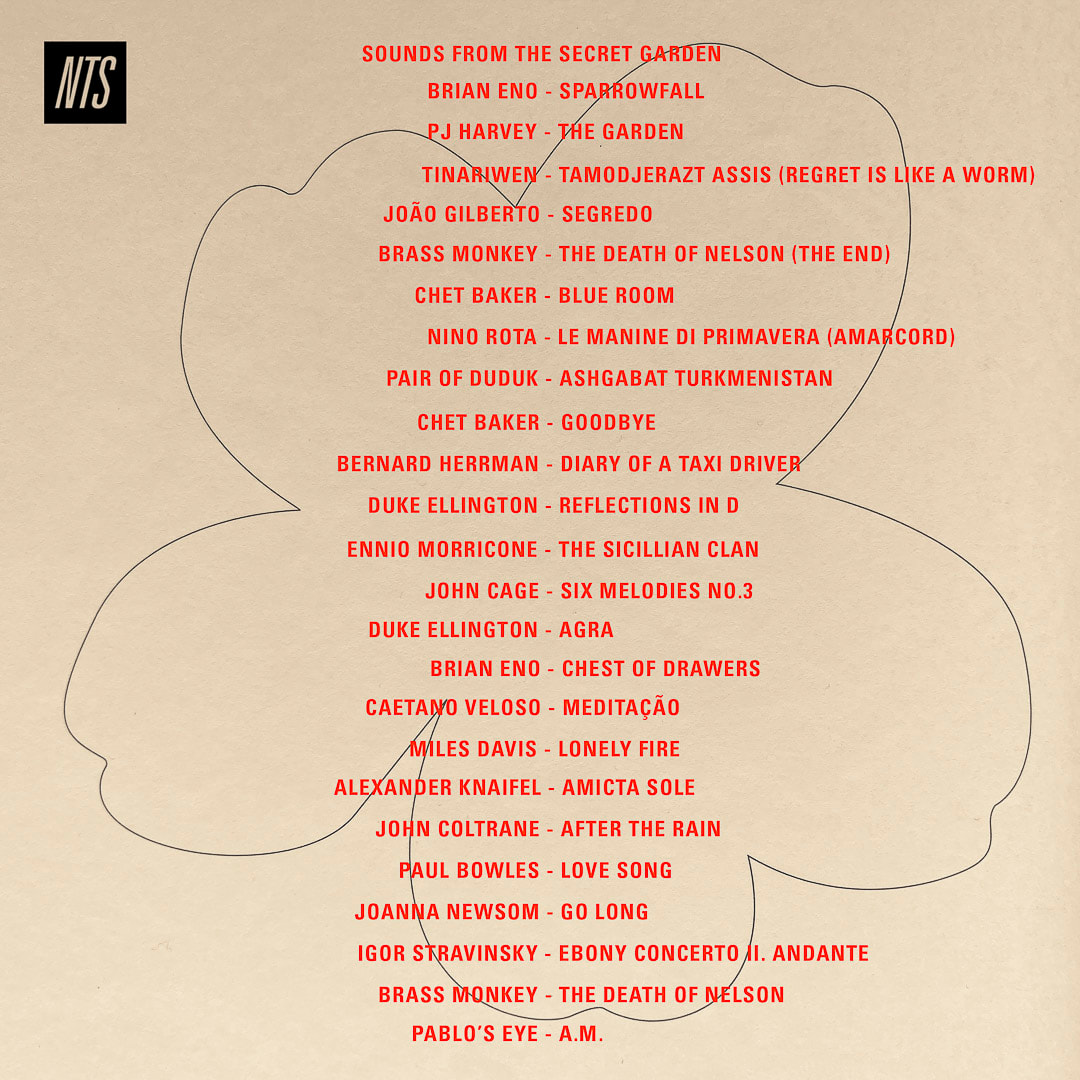 In October 1974, the French writer Georges Perec spent three days at Le Café de la Mairie in Place Saint-Sulpice, Paris, recording everything that passed through his field of vision. A wonderful exercise in observation and description. We’ve tried to relive sonically with Georges Perec in mind our drifting away at the Place Saint-Sulpice in Paris, a special place in our heart. 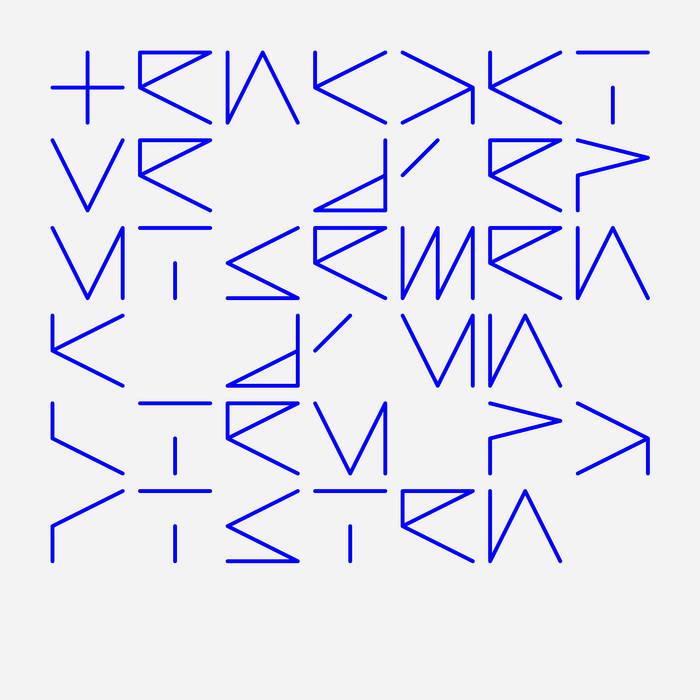 Describing themselves as not a band but a 'temporary atmosphere', Belgian collective Pablo's Eye have shapeshifted their sound for three decades through ambient, techno, dub and tribal flourish without ever being definitively anything except mesmerising. Their fluid nature proves perfect on their piece for Longform Editions: Tentative d'épuisement d'un lieu parisien similarly weaves through the symbols and slogans of daily life to craft a listening experience circling urban observation.

Pablo's Eye have configured the trance of our day in sound, inspired by French writer Georges Perec and his work to create an inventory of the 'infraordinary'.

In October 1974, the French writer Georges Perec spent three days at Le Café de la Mairie in Place Saint-Sulpice, Paris, recording everything that passed through his field of vision. A wonderful exercise in observation and description.
06 JANUARY 2020: Tune in & enjoy today on NTS 1: "PABLO'S EYE FOR WHO'S THAT GIRL?" radio show from 17:00 to 18:00 (London time). Pablo's Eye are curating January's episode in shared resonance with Leyla Pillai. Thank you so much Leyla for this beautiful conversation. ⠀
The show will be archived up on: https://www.nts.live/shows/whos-that-girl/episodes/who-s-that-girl-6th-january-2020 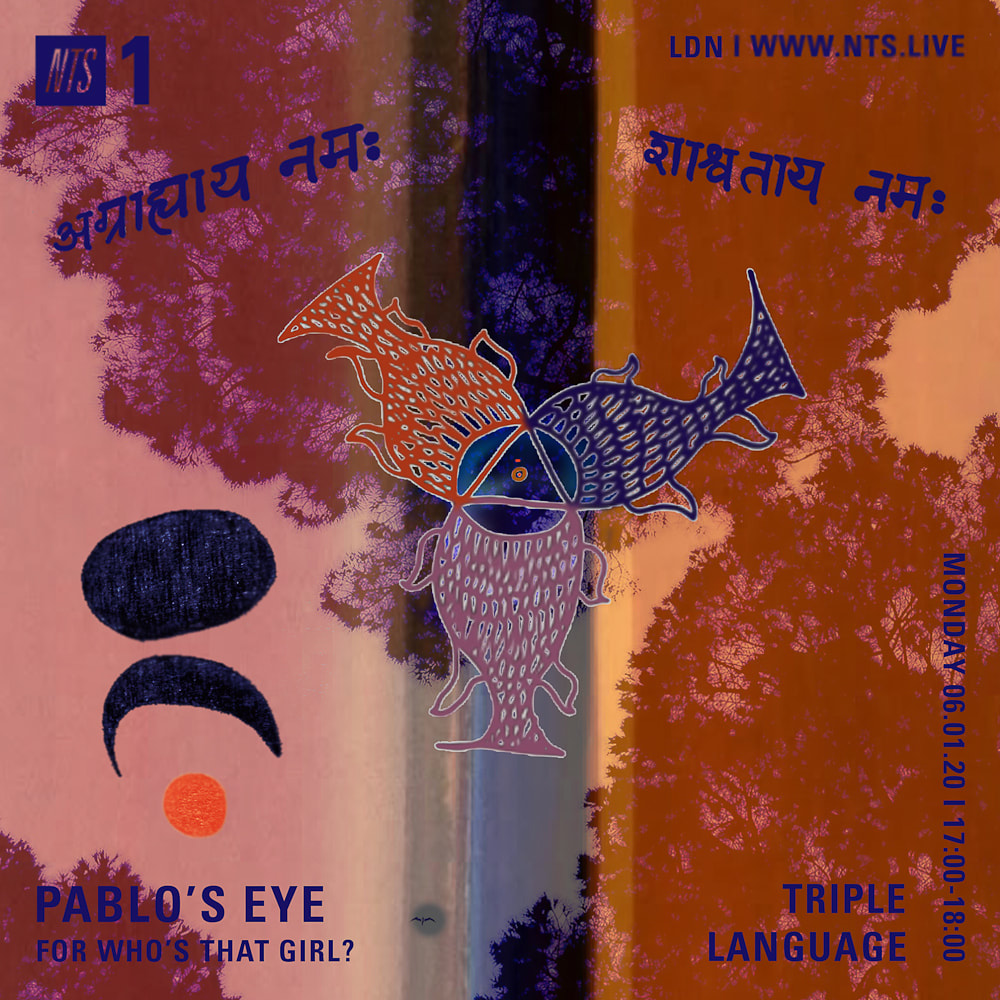 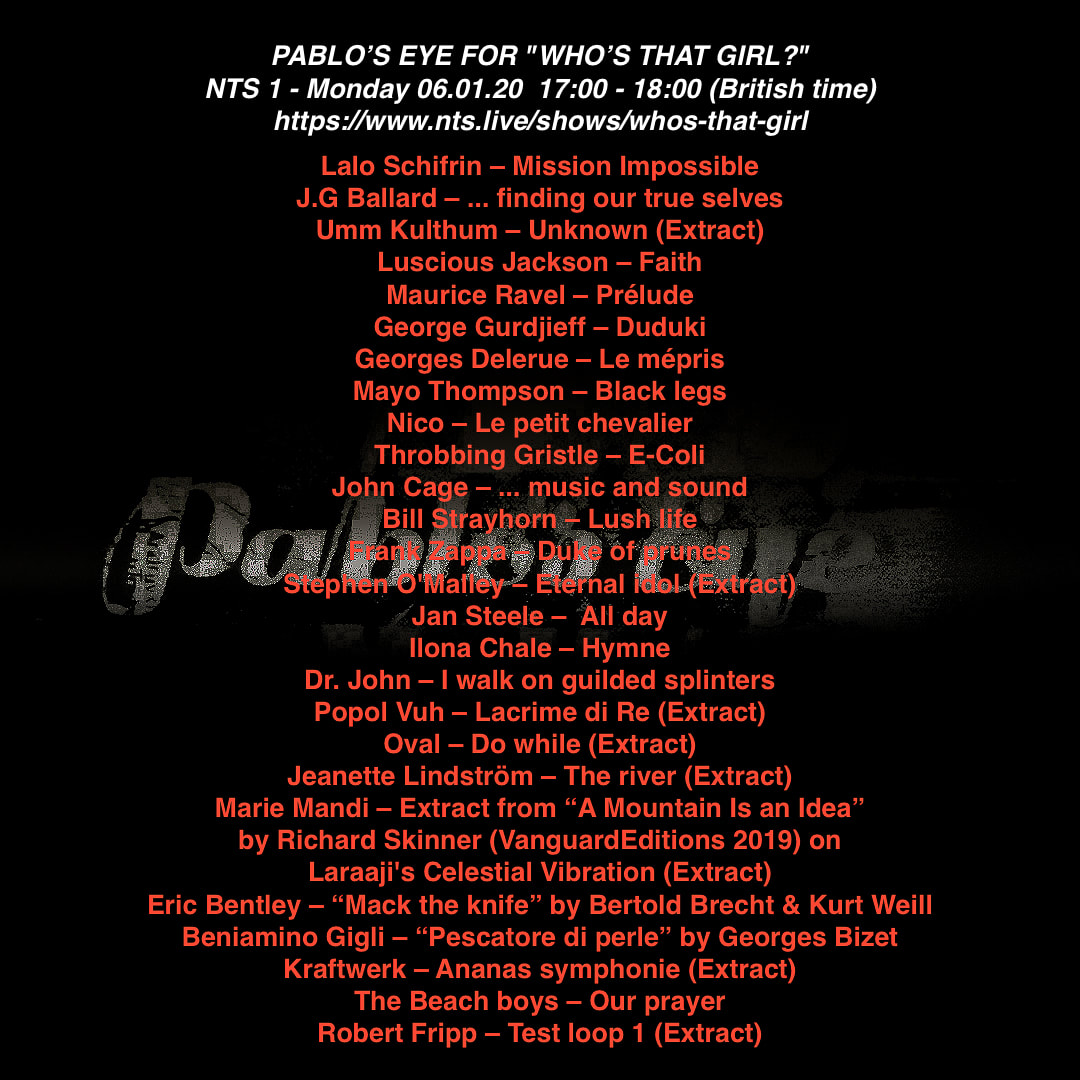 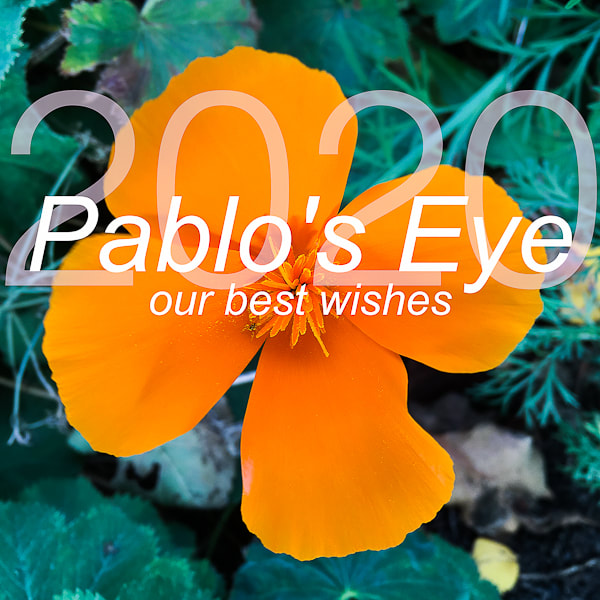 29 DECEMBER 2019: Such a sad news. Our beloved friend the designer Vaughan Oliver has passed away. Working together with Chris Bigg & Tim Vary for the project Realismo was an amazing adventure. RIP Vaughan. 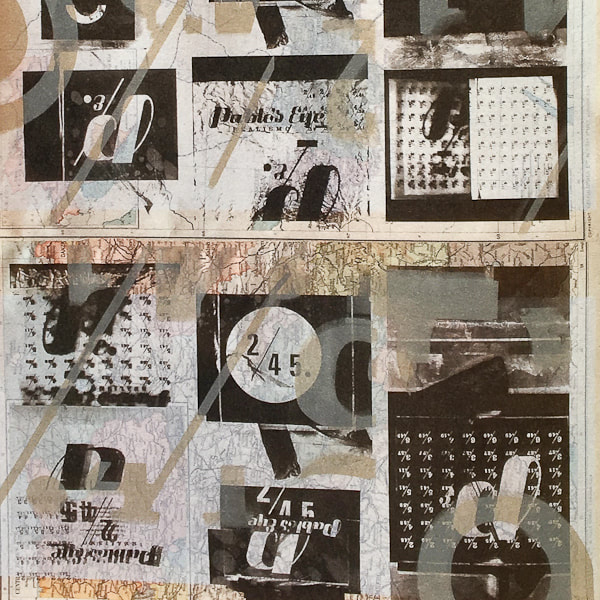 04 DECEMBER 2019:  SOUNDS UNSAID with Pablo’s Eye. Tune in & enjoy tonight from 9:00pm to 10:00pm CET on dublab.de. From time to time Laura Not invites her guests for an hour of “Sounds Unsaid”, where music is the secret language of an unspoken conversation. Expect what’s left unexpressed! Pablo's Eye will host December's episode. NOW also on Mixcloud. 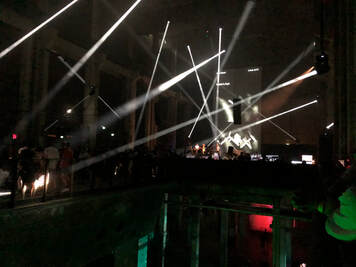 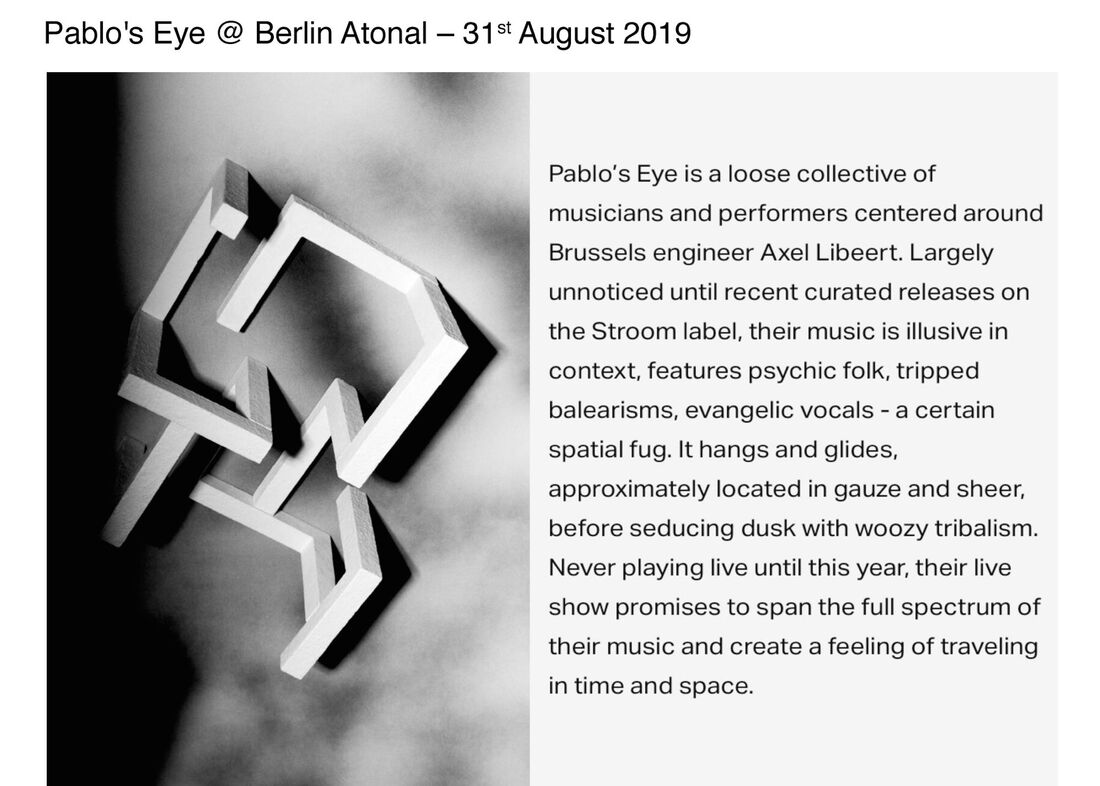 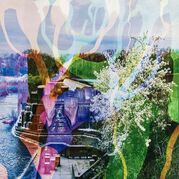 Click image to read Pj Dorsey's review.
May - June 2019: Thank you Larsen magazine for the review.

Click image to read Larsen's review.
23 MAY 2019: We are very happy to announce we will be playing @ Berlin Atonal 2019 festival, taking place from 28th August to 1st September at Kraftwerk Berlin. Really looking forward to this event! 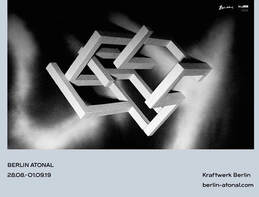 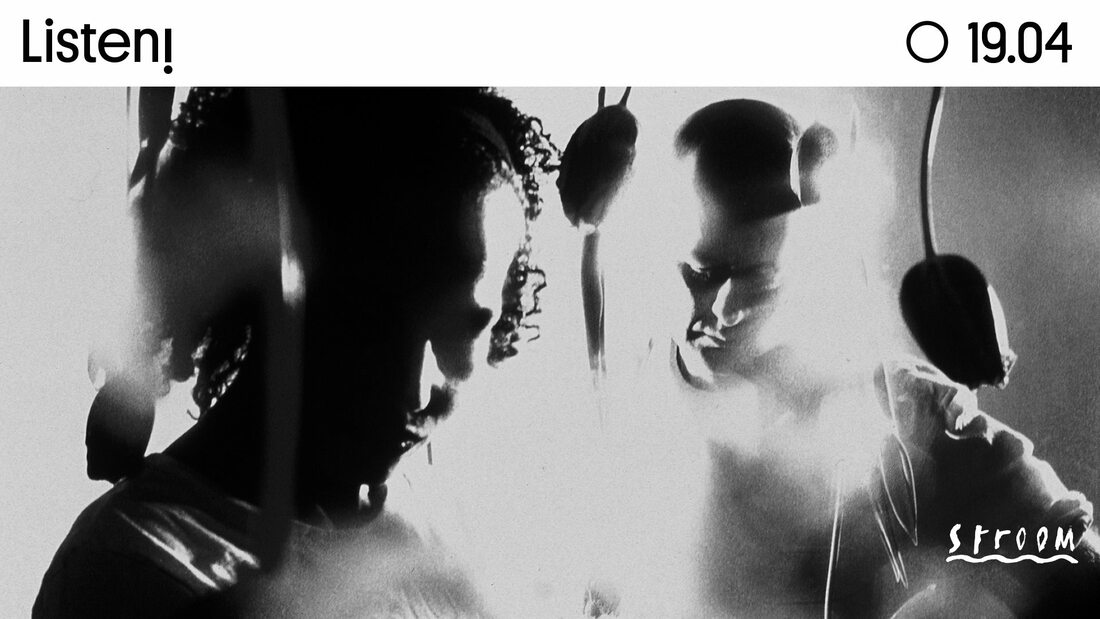 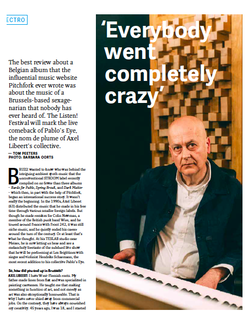 Click image to read full article.
23 MARCH 2019: So happy! Yesterday's wonderful get together marked out our first try-out. Thank you all @ Soundscube studio Brussels, thanks so much to everyone who came to support us. Such a fantastic afternoon! 👍👋🎻🎹🎼
18 FEBRUARY 2019: Glowing review of Pablo's Eye in The Sun Lounge. Thank you Octagon Eyes. 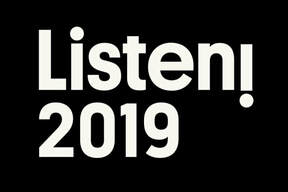 PABLO'S EYE @ LISTEN FESTIVAL 19.04
Pablo’s Eye we will be playing live in one of Brussels’ most evocative venues: the baroque chapel of Les Brigittines. Hope to see you there!
FEBRUARY 2019: ‘Stroom conclude their Pablo's Eye trilogy with the typically diverse and utterly devastating "Dark Matter".' Thank your Piccadilly Records, thank you Patrick. 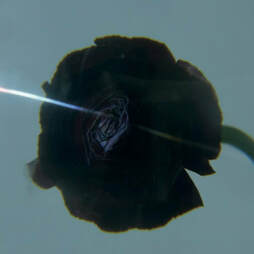 12 JANUARY 2019: Thank you Kevin Krein for your great review of 'DARK MATTER' in Anhedonic Headphones. 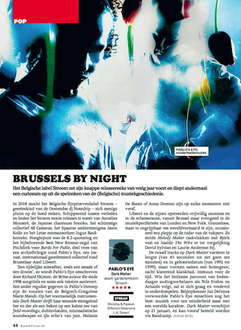 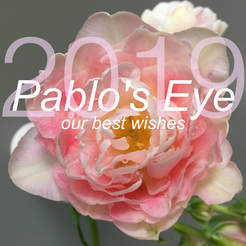 06 DECEMBER 2018: Delighted to announce the imminent arrival of ’DARK MATTER', the third and final part of the Pablo’s Eye trilogy of vinyl reissues on STROOM 〰. Out 21 Jan 2019.
https://stroomtv.bandcamp.com/album/dark-matter

NOVEMBER:  Release of 'VAUGHAN OLIVER: ARCHIVE (2 vols.) [Unit 38]' published by Unit Editions (London). Both volumes offer a celebration of the Vaughan Oliver archive, a treasure house of graphic delights. Pablo's Eye are proud to be part of this amazing project. 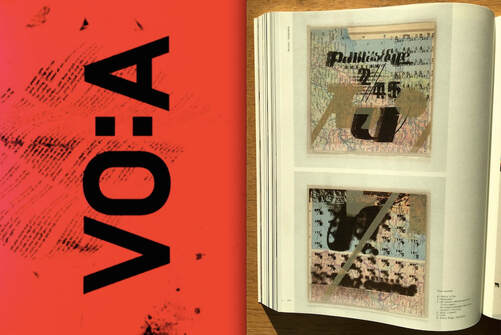 01 NOVEMBER 2018:  Pre-Pablo’s Eye track 'Three Friends' by Nightfall in Camp features as a bonus track on The CD version of Uneven Paths: Deviant Pop From Europe 1980-1991 on Music From Memory. 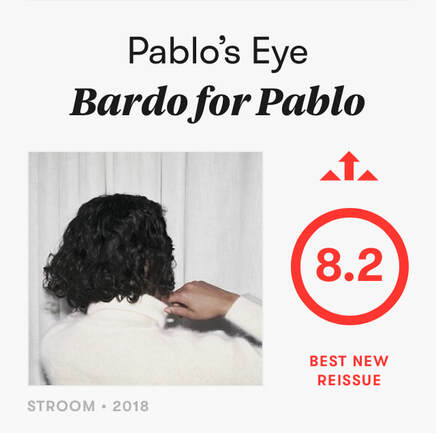 You can read full review here.
02 JULY 2018:  Out today ‘BARDO FOR PABLO’ Part 2 in the Pablo's Eye trilogy on STROOM 〰
https://stroomtv.bandcamp.com/album/bardo-for-pablo 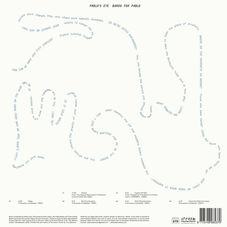 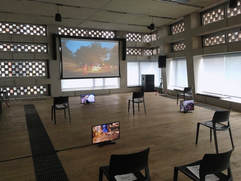 You can listen to Pablo's Eye’s music at the new TATE MODERN in London as part of Tate Modern Workshop “How to build an art biennale with Winchester school of Art, University of Southampton.”

Pablo's Eye composed the music for the artist Robert E. D’Souza’s film installation and have used an interview filmed by D’Souza over a single journey recorded in one night through the streets of Delhi. The work titled “Dev” to be premiered at Tate Exchange and extends narrative threads and ideas of migration echoing D’Souza’s 2014 film “Dave”, shown at the Kochi-Muziris Biennale in India. For more information click here.
30 APRIL 2018: Great review of 'SPRING BREAK' by Daryl Worthington from the wonderful Inverted Audio.

You can read full review here.
16 APRIL 2018:  ‘SPRING BREAK’ is out today.
Thank you all @ STROOM 〰
https://stroomtv.bandcamp.com/album/spring-break 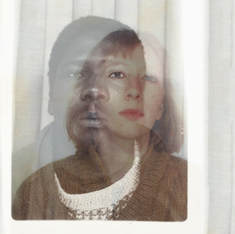 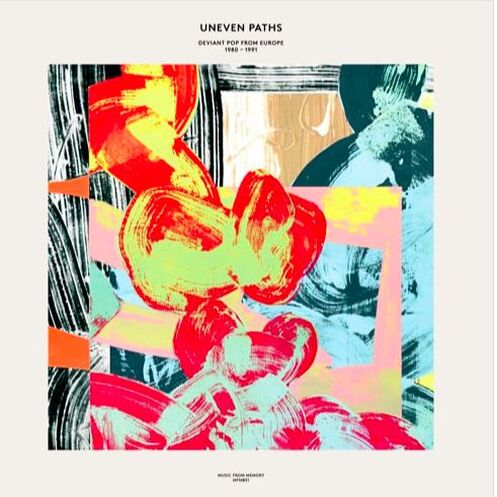 21 FEBRUARY 2018: 'Other releases already lined up for 2018 include cult Belgian collective Pablo’s Eye' says STROOM 〰 founder Ziggy Devriendt aka Nosedrip in the Wire Issue 409 - March 2018. Pablo’s Eye are very proud to be part of Ziggy's adventures with STROOM 〰. 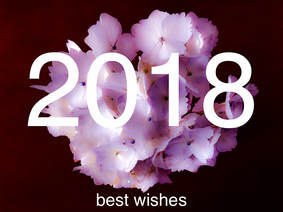 07 DECEMBER 2017: Nightfall In Camp is an early incarnation of Pablo's Eye and 'Cada Día' the beloved track by Nightfall In Camp is coming back to life! It will feature on the forthcoming compilation: Uneven Paths: Deviant Pop From Europe 1980-1991' © 2018 on Music from Memory to be released in March 2018. 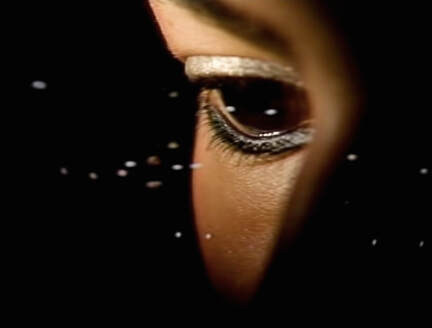 To order a copy of the cd please contact:
vanguardeditions@gmail.com or pabloseyemusic@gmail.com 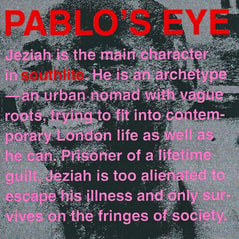 24 JULY 2017: Now up on Pablo's Eye's Bandcamp page listen to 'Vassall Road' a brand new track.
Back to top